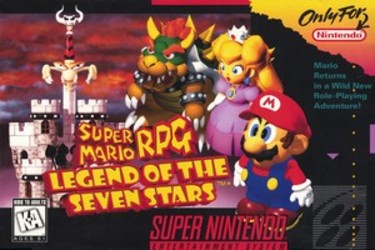 Mario returns in this incredible new role-playing adventure! His latest rival is Smithy, a menacing creature who causes fear and treachery in the Mushroom Kingdom. Mario must recover seven stars and repair the Star Road before he can make his way to Bowser's castle for a final confrontation with Smithy. Powerful weapons, sinister spells and other useful items help Mario to complete his harrowing journey. New friends and old allies support him along the way. Even Bowser lends a hand!