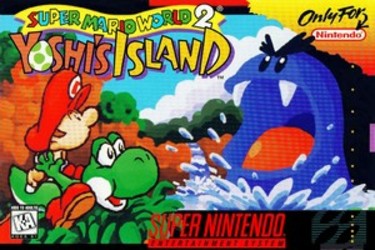 Yoshi returns to save Baby Mario in this sequel to Super Mario World! The Evil Magikoopa, Kamek, is out to kidnap Baby Mario! In this sequel to Super Mario World, you play as Yoshi. Your goal is to successfully carry Baby Mario back to his parents in the Mushroom Kingdom while avoiding all of Kamek's clever traps and evil minions. Enjoy the various backgrounds of the rich and vibrant locales of Yoshi's Island as you race to complete your quest. Is Yoshi up to the momentous task at hand? Help him toss his eggs, manipulate unique objects and solve puzzling situations! When in doubt, don't be afraid to try EVERYTHING!!