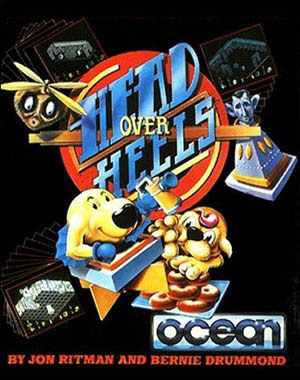 The player controls two characters instead of just one, each with different abilities. Head can jump higher than Heels, control himself in the air, and fire doughnuts from a hooter to paralyze enemies; while Heels can run twice as fast as Head, climb certain staircases that Head cannot, and carry objects around a room in a bag. These abilities become complementary when the player combines them together after completing roughly a sixth of the game. Compared to its predecessors, the game offers unique and revolutionary gameplay, complex puzzles, and more than 300 rooms to explore.