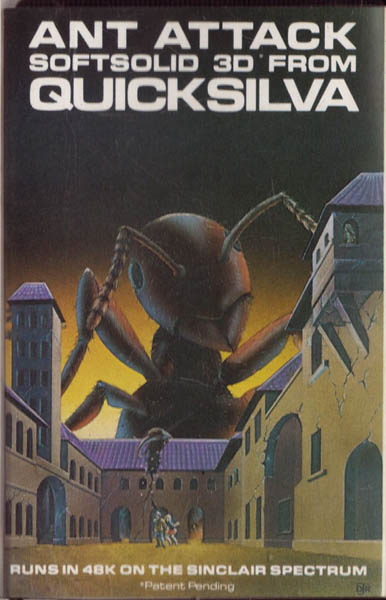 Ant Attack is a ZX Spectrum computer game by Sandy White, published by Quicksilva in 1983. It was converted to the Commodore 64 in 1984.While both Q*bert and Zaxxon previously used isometric projection, Ant Attack added an extra degree of freedom, and it may be the first isometric game for personal computers. The author argued that it "was the first true isometric 3D game".[1] The same type of isometric projection was used in Sandy White's later Zombie Zombie.