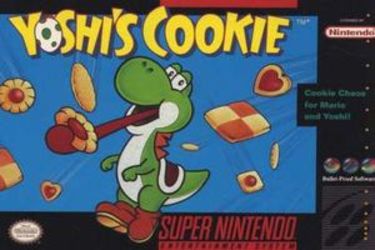 Mario and Yoshi are filling in at the Cookie Factory, and the snacks are piling high! As fresh-baked cookies roll out of the ovens, it's up to Mario to sort and stack 'em before they pile too high!Line up a row of the same kind of cookies either vertically or horizontally, and they vanish! Clear the screen to move on to a new level of cookie chaos. Yoshi appears from time to time to stir things up. Play for high score or go head-to-head against a friend or the computer. The mouth-watering madness doesn't let up!