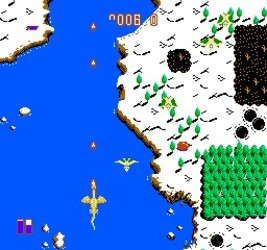 For years now the kingdom of Olympia had enjoyed a wonderful period of peace. Even the fearful tale of King Amru's heroic battle with the demon Zawel had been long forgotten by his happy subjects. And when Amru's marriage to Alicia was blessed with the birth of the royal twins, Lace and Iris, the kingdom took it as a sign that the Fates were looking favorably upon them. But little did they know that far to the east the wicked Galda had been amassing an army of evil the likes of which could not be imagined in the blackest thoughts of mankind. Even the fearsome Zawel had been resurrected from the dead to join the murderous cause. Suddenly, without warning, Galda had struck, kidnapping Princess Iris and her attending maids for a sacrificial offering in the Ceremony of the Dark. As Amru lay helplessly on his death bed he knew there was but one hope for rescuing his beloved daughter and saving the kingdom from total destruction. He must finally reveal the secret of the magical sword of Arlia to his son, Prince Lace. The mighty spirit of the Blue Dragon must rise again!